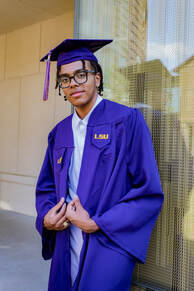 Johnny Williams, Class of 2013
Johnny attended Jesuit High School after GSS and recently graduated from LSU with his business degree.  He is working in Baton Rouge as a social media analyst and realtor.  During his time at Jesuit and LSU, Johnny returned to GSS each summer to work the Summer Program for his alma mater.  Johnny was awarded the GSS Outstanding Academic and Achievement Award at the 2022 GSS Gala. 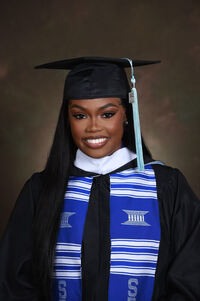 Paris Vincent, Class of 2013
Paris attended Warren Easton High School after GSS and is a graduate of Spelman College – with a degree in English Paris is currently working as an assistant producer at on the WWL-TV Morning Show.  Parish was awarded the GSS Outstanding Academic and Achievement Award at the 2022 GSS Gala. 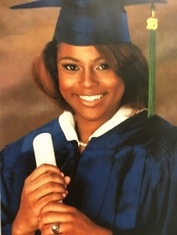 Angel Washington, Class of 2011
While attending The Good Shepherd School, Angel was a very conscientious student who did her best both personally and academically.  She graduated from GSS at the top of her class and maintained that level of excellence throughout high school.  Last year, Angel graduated as the Valedictorian of  her class at the International High School of New Orleans is now attending Xavier University on a full academic scholarship.

Angel often credits her family for giving her the support and the strength that she needed to get through the tough times and to help her succeed.  Angel is majoring in pre-med at Xavier and plans to attend medical school to either become a medical doctor or a dentist.

The GSS family recognizes Angel Washington for her tremendous accomplishments and we wish her all the best and every good blessing from God in all of her endeavors. 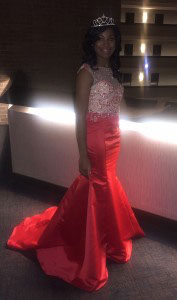 During her time at GSS, Shania’s favorite memory was when the girls’ basketball team won their first game and she was able to help by scoring some points.  In high school, Shania leads the McMain Mustangs in softball as a third base player averaging 3 outs per game, and in volleyball as a dynamic player and one of the team’s leading scorers.

In the classroom, Shania has always maintained an impressive GPA during her time at GSS and continues to do so in her high school career. Her favorite subject is science and after she graduates in May 2017, Shania plans to attend either LSU or Nicholls State University to become an athletic trainer and eventually work for a professional sports team. Congratulations to Shania and her family for her continued success! GSS is proud and honored to have played a role in raising such a bright and talented student. 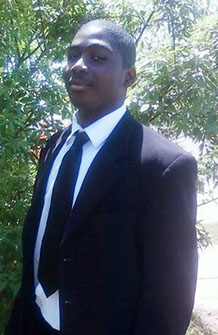 Andrew Joseph, GSS Class of 2008
Andrew graduated from Jesuit High School in 2013 with Honors and currently attends Cornell College in Iowa, where he is balancing his studies with an active extracurricular life including playing as defensive end on the football team, as well as member of a fraternity.  GSS is honored to highlight Andrew and his accomplishments, on and off the field.

Majoring in Biology, Andrew intends to eventually go to medical school and become a doctor.  With a current GPA of 3.2, he is certainly on his way to achieving that goal. When he is not hitting the books, Andrew spends a good portion of his day getting ready for football season by working out.  In 2013, his first season wearing a Cornell Rams jersey, Andrew led the team in tackles and posted a personal best 13 tackles, 2.5 stops, and half a sack in one game alone. On top of his academic and athletic pursuits, Andrew is also an active member of Beta Omicron, a football fraternity. With such a “full plate”, you would think Andrew is burned out; he is anything but.

In his own words: “I’m doing fine.  School is going really well right now.” As for sleep? “I get a little in, every now and then.”

​To Andrew (and his family), we say, “Congratulations on your success!  We are so very proud of you.”